“I Just love the railways….”

Jane’s love for the railways was stimulated by her love for her father, a former railway worker who has since passed on. “My father worked for TransNamib and I guess my love for the railways comes through him. He died in 2013 and being at the railways, somehow brings him closer to me…” an emotional Jane says. But those emotional moments soon fade as she speaks with confidence and passion about a career one would ordinarily not  associate with a young woman. Jane, originally from Otjiwarongo is one of eleven students undergoing a two-year course preparing them to be railway construction professionals.

They are the third intake at the D&M Rail Construction training centre for platelayers at the town.

The course, fully offered and sponsored by D&M Rail Construction, equips the students with both theoretical and practical aspects of railway construction. And one would be wrong in assuming that this being a course on railway construction, it would be easy. “Not so,” says Leon Steyn, Project Manager of Operations at Otjiwarongo. “Railway construction is a science,” he proclaims. And so potential students undergo stringent entrance requirements such as a pass in grade 12 with science, mathematics and physics. The course is very demanding and broad, offering various modular work with a minimum pass mark of 75%.

“What I like about this course is that it also offers an insight into leadership principles, which is so important for especially us young people,” says Leonard Paulus, another student who hails from Eenhana, who admits that growing up, they did not know much about railways.

The students also have an opportunity to gain practical experience by working on rehabilitating, maintaining and upgrading of railway tracks, “which makes us never to forget what we have learned in the classroom,” according to Jane.

The students receive a small salary while studying and are hoping for a brighter future once they have completed their studies.

“ I aim to do the best I can for myself, my family, the company I work for and the country,” Leonard says whilst for Jane sees for herself a career in the top management of D&M Rail Construction. 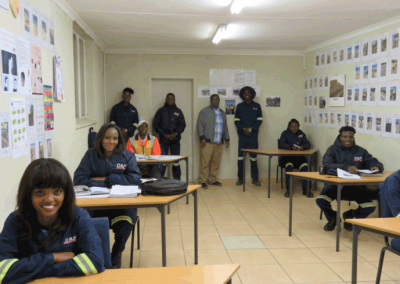 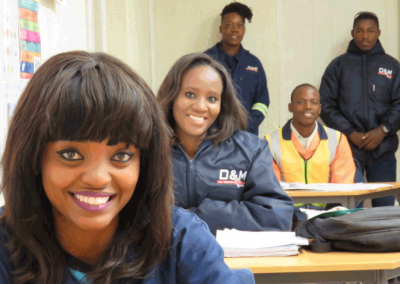 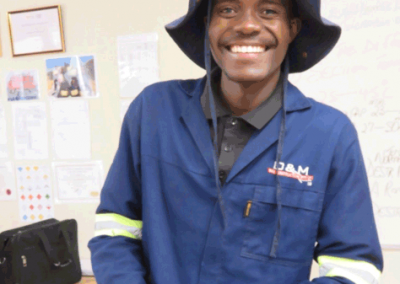 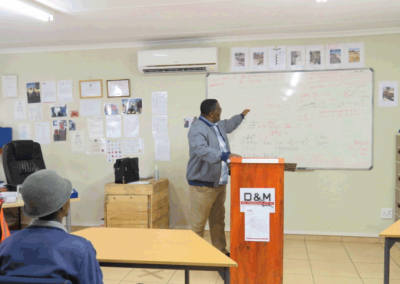 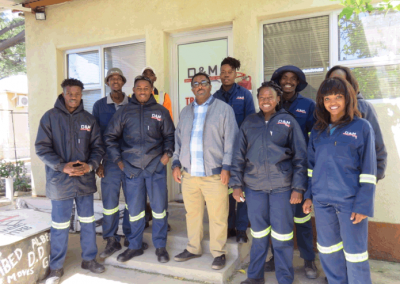 Class of 2020 with their tutor and mentor Edward Kambongarera