Kalkfeld – Kalkfeld is a small settlement of some 4000 inhabitants nestled halfway between Omaruru and Otjiwarongo. In its heyday, it was the main stop for well to do commercial farmers in the area. But today, it faces the challenge of unemployment and the associated social ills which come with it. A year ago, it was nearly a ghost town…that is until rail construction giant, D&M Rail Construction rolled into town, looking to employ some local youths on its rail upgrading project which stretches between Kranzberg and Tsumeb.

The company employs 180 workers on this stretch of railway of whom 110 youth are from the Kalkfeld settlement, as the company believes in community upliftment through employment creation.

D & M Rail Construction’s Project Manager Leon Steyn says that the company took a principled decision way back to ensure that it employs local labour in the areas it operates in. “This is part of D&M Rail Construction’s endeavours to uplift communities along the Kranzberg-Tsumeb railway stretch. We believe in utilizing local labour as a way of empowering residents in areas through which this railway stretches. It is indeed a rewarding experience for the company, in that we don’t only ensure that the railways are safe for TransNamib trains to utilise but we also empower our communities to support local economic development through local spend. We spend over N$1,800,000.00 per month on salaries which are then spend in the local community on rent, municipal services and commercial businesses.”

Udi ya Nakamhela manages the Pastor Ngeno Nakamhela Foundation in Kalkfeld and says that the Kalkfeld community can best be described as grant dependant. “The main source of income is the government grants. The majority of people here are the elderly, pensioners, and the grandchildren whom they look after. Every first Tuesday of the month when state grants such as the pension grant, disability grant etcetera are paid out, that’s when the settlement really comes to life. This is probably one of the very few sources of income in the settlement.

That was until D & M Rail came to town and its presence began to be felt and continues to this day.

“When D & M Rail Construction came to the settlement, they provided employment to 110 young men. But the beneficiaries of those 110 young men are extended because one household is not just made up of one person. For example, that one man who works for D & M now provides for a family of up to 7 people”, he says.

Apart from employing 110 residents from the settlement, Ya Nakamhela added that he was also impressed by the enormous additional impact D & M Rail Construction had made in the Kalkfeld settlement. “They require supplies and materials; this translates into deliveries coming into the settlement. Hence, there are other companies that are also now sub-contracted, thereby contributing to settlement’s economy. So we are feeling the company’s positive impact on our livelihood. Local business people can attest to the fact that since the arrival of D & M Rail Construction in Kalkfeld as undoubtedly, their turnovers have improved,” he added.

D & M Rail Construction is indeed proud to have brought a new lease of life to the people of Kalkfeld, and boosting economic activities at the settlement; thereby dispelling the “ghost town in the middle of nowhere” label that has haunted the settlement for years. 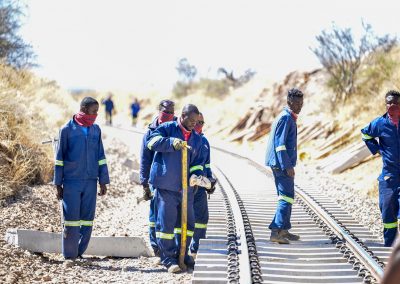 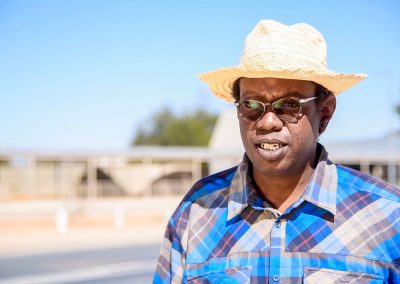 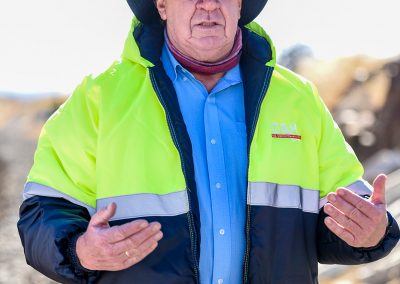 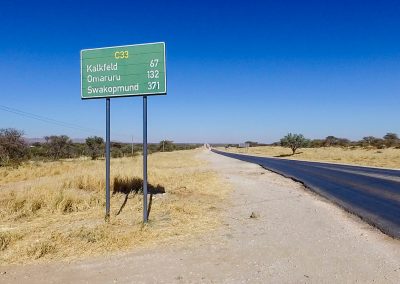 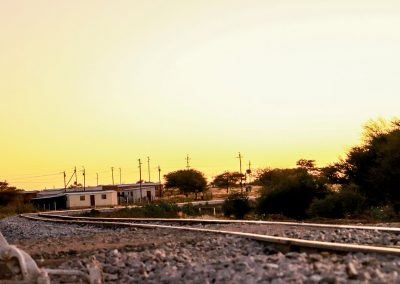